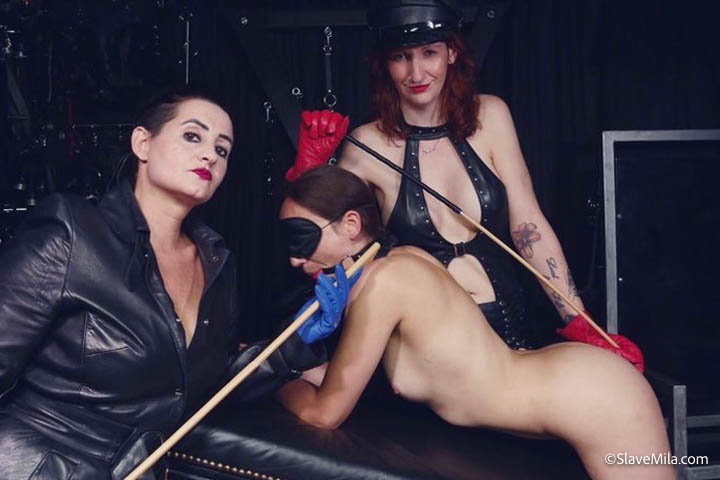 “A road trip with my Slave”-  Staying with Amber. 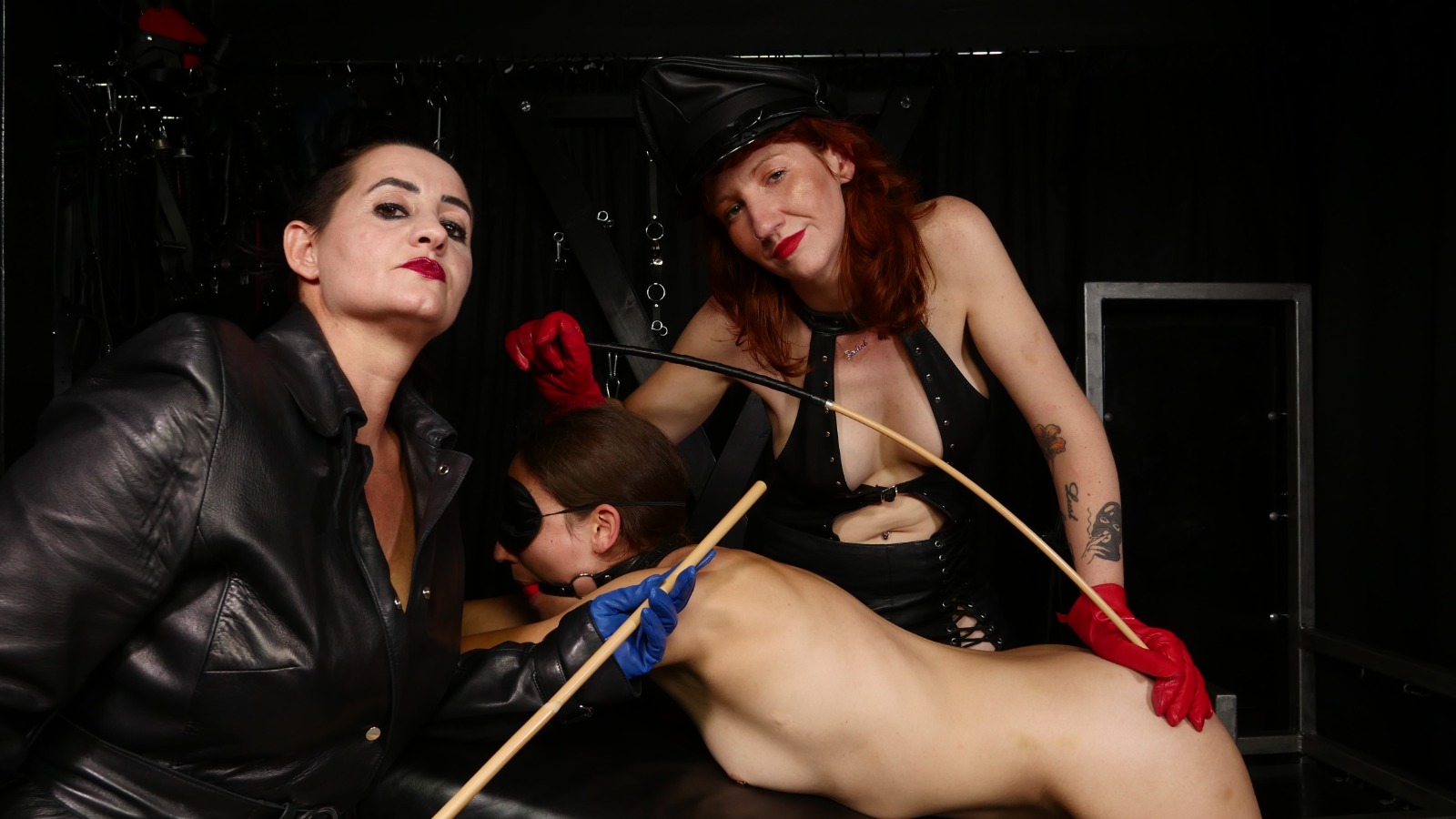 The trip was finally underway. Slave Mila was driving us down to Kent in a rented van to visit Lady Amber. Why did we rent a van? well…I was buying lots of leather and dungeon furniture of course.

The long drive from Glasgow was going well and we were really looking forward to catching up with Amber and filling the van with these special and naughty items.

We arrived at night, and as per tradition, Mila rolled out the bed in the dungeon and set up her space in the cage. We were to lay side by side, separated by the cage, with Mila locked inside for the night. She always says she sleeps best when she is in the cage, feeling safe and reminded of her place.

The next day, I went through some of Amer’s leather she had for sale. I tried everything on. I walked up and down the room examining the leather as Amber would advise me on new items to try. Some of it was nice soft leather, some of it thick and strong. I was very happy with my new skirts, trousers, jackets and waistcoat. I much prefer soft, thin leather as it tightly forms around my skin.

Once the leather show was over, It was time to do some photographs and filming. Amber is a big fan of tickling, I am a big fan of torturing and since I have Mila at my beck and call, she was volunteered as the ticklee. Once strapped down, we began the influx of tickles. The feet, the armpits, the sides of her torso…all being attacked from different directions. Mila squirmed in our relentless tickle torture.

The next day, Myself and Amber had a few sessions booked. First off we saw her long term devoted submissive who enjoys; breathplay, CP, leather, gags, nipple torture and smoking fetish.

These are all things that I absolutely adore.  We had him restrained on the bondage bed donning a gas mask with a nozzle. I toyed with him by covering the nozzle and putting it down my blouse and up my skirt as he lay there completely paralysed in his bondage. Slowly he became an ashtray, an object, a ticklee, and endured some bastinado all before taking the cane as a final mark of his submission with us.

I love to double Domme, as it gets the energy sizzling around the room. But what’s better than submitting to two women? Submitting to three women. Of course.

This is exactly what our next client of the day was going to experience. Mila was quite excited and nervous to play as a top, luckily it was just tickling and all the dominance would be down to Me and Amber. The client was strapped down extra tight to the bondage bench, I was told he would be a wriggler. And under one single  beam of red light, we toyed and tortured him for two full hours. Laughing and joking the entire time, I thought to myself, that maybe the tickle sessions can be quite fun after all.

The next day was filled with filming, cups of tea and one fast dash to get to the dungeon in time for my late night client. I have seen him before when I was last in Kent, I know he enjoys tie and tease, electrics, CBT, bondage and CP. He is such a horny man that tie and tease completely sends him into a headspace so submissive and winning he would do almost anything. I set the dungeon for him with two lights; one red pointing toward the bondage area and one small light to illuminate the CBT wheel of misfortune. A toy that Amber gave to me, it is basically just a spin the wheel with CBT games and kick numbers on the spaces where the marker would fall.  I set it like a stage, where I would be the director and he, my screaming performer, strung up like a puppet for my amusement.

There he was, then, tied with his hands up, his body left vulnerable and at my mercy. He was in chastity, he looked at it then at me, letting his eyes admire the curvatures of my body. I spun the wheel, he was unlucky, he went onto all fours for me to sit on his back to strike his ball sack from behind. This tame creature suddenly turned into a bucking bronco underneath me. Maybe it was best if I kept him tied for the rest of the hits. After a few spins of the wheel, I decided to give him a show. I knew his genitals would be throbbing with pain and now, I wanted to make them throb in a new way.

I played with the shadows as I unbuttoned my blazer, revealing only parts of me as I moved in and out of the red light with my sensual movements. I finished removing my blazer as I stood behind him, his eyes followed me in the mirror as I disappeared behind him only to return with a paddle. After a number of strikes, I walked in front of him, wearing only my garter belt, my heels and stockings. His eyes opened wide as I removed his chastity cage, only to kick him once more. When he was eventually let out of bondage, I had him lay on the floor and suck my heel as he touched himself to the dulcet tones of my verbal degradation. Overall, it was quite a sexy sessiona and well worth the wait.

The next day we departed in the van, carrying a st Andrew’s cross, a head master’s desk and a school girl desk. Off to Manchester for the next leg of the journey.